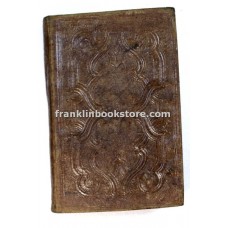 Lacon or Many Things in Few Words Addressed To Those Who Think By Rev. C.C.Colton