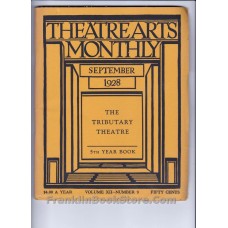 Condition: Very Good, Complete 8" x 11" tall with about 90 pages and Arts Advertisements from 1928 on heavy paper. With B&W Photos, drawings