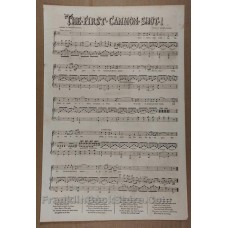 The Crimean War between Britian, France and Turkey verses Russia lasted from October 1853 to February 1856 with the results of 500,000 casualties. This song was as the war drums began.