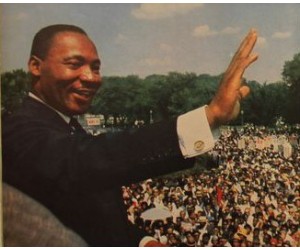 Interesting historical LIFE Magazine cover and article.  Spectacle of the March (see Wikipedia Article) leaders  A. Philip Randolph and Bayard Rustin - 10 pages with 10 B&W photos and 9 Color Photos and color photo on the front cover. The March on Washington for Jobs and Freedom, the March on Washington, or The Great March on Washington, was one of the largest political rallies for human rights in United States history and demanded civil and economic rights for African Americans. It took place in Washington, D.C. Thousands of Americans headed to Washington on Tuesday, August 27, 1963. On Wednesday, August 28, 1963, Martin Luther King Jr., standing in front of the Lincoln Memorial, delivered his historic "I Have a Dream" speech in which he called for an end to racism.