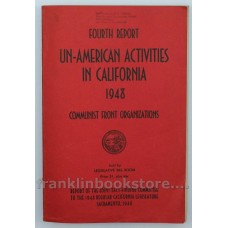 Very interesting Report Book . Below are a few of the items in the Table of Contents