Where Are We Heading? by Sumner Welles 1946 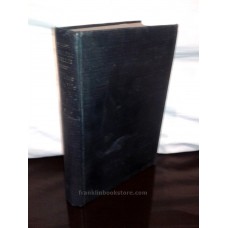 Where Are We Heading? by Sumner Welles 1946

Welles (past Under Secretary of State) bases his considered judgment on knowledge of what had been done in the way of laying foundations for world peace, for interrelations with Great Britain, Soviet Russia, China, for a sound long-range policy of hemospheric unity. And he sees chaos today. He attributes to Franklin Roosevelt two imperatives, -- an international organization as first step to ultimate world government, for which we are not ready, and sound relations with Soviet Russia. He discusses the failures at the London Council of Foreign Ministers, the Moscow and Paris meetings, with a conviction that we, too, have failed to meet the challenge.